In Germany, herbs and herbal products are regulated in a different way than in the United States. In 1978, the German Federal Health Agency established the German Commission E to investigate the safety and efficacy of herbal remedies commonly used in Germany. The commission weighed evidence from the literature, from anecdotal reports, and from clinical studies.

The commission subsequently developed monographs on over 400 herbs. These monographs are now used worldwide as essential references on herbal therapy. The commission also established indications (how an herb is used medicinally) and dosage recommendations, resulting in the successful mainstreaming of herbs into medical practice. Unlike U.S. law, German law allows herb manufacturers to market herbs with drug claims if the herb is proven safe and effective.

As herbs have become more popular and mainstream, scientific analysis has increased. Below are a few of the studies supporting herbal medicine and psychology. This book contains many more in the upcoming chapters.

One of the most commonly used herbs for mental health is St. John’s Wort. In a review article published in 2000, researchers summarized and critiqued the findings of controlled clinical trials on St. John’s wort (Hypericum perforatum), kava (Piper methysticum), ginkgo (Ginkgo biloba), and valerian (Valeriana officinalis).

Reviewers found that there was substantial evidence that all four herbs were effective. However, the evidence for St. John’s wort’s efficacy was the most convincing, with five of nine studies showing it to be superior to placebo, and the other four finding the herb to be as effective as prescription antidepressants. 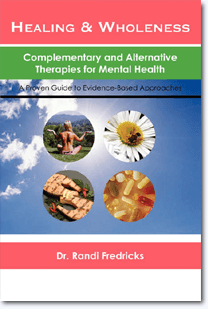